How WAVE Used Relational Organizing To Build Their Political Power, When Their Tried-And-True Approaches Were No Longer Available To Them 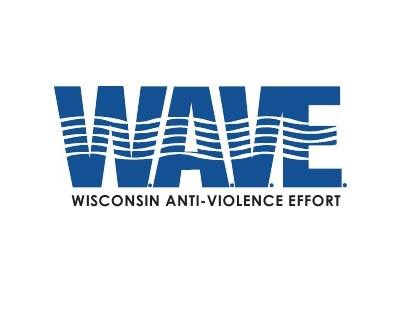 WAVE fills a vital role rallying public support, pressing for action, and giving people all across our state a place to turn for trusted information and bold leadership on gun violence prevention policies. Founded in 1997 by passionate volunteers, they have grown to include tens of thousands of supporters representing every county in Wisconsin. And, as their influence has grown, so has their critical role with reporters and legislators as the go-to voice for lifesaving gun laws.

WAVE has been active for many cycles, but in 2020, they launched a Relational Organizing program that helped them connect to people in new, powerful ways.

Their RO program helped them authentically and sustainably empower citizens throughout their communities, especially amongst people of historically disenfranchised communities. It also proved to be a useful program for mobilizing voters and activists.

Like so many other organizations out there, the pandemic forced WAVE to look for new ways to reach and serve their community. Because their team could no longer employ their “tried-and-true in-person recruitment methods,” they had to get creative.

They ran an impactful Relational Organizing program by relying on their existing networks and extensively leaning into digital communications. For example, they used social media to highlight current volunteer leaders and encourage others to join in. Their youth civic engagement team hosted a Facebook Live event about Relational Organizing targeted at young people in which they shared Relational Organizing outreach methods as a way to build political power leading up to the November election. Despite some of them being too young to vote themselves, using relational organizing, they were able to reach voters in their family and friend networks. Likewise, they highlighted current leaders and recruited new ones from their existing email list.

Their program successfully reached community members who are often missed via traditional outreach campaigns, because their Relational Organizing leaders are trusted messengers who are part of the community. This is really what RO is all about.

Moving forward, WAVE intends to use Relational Organizing as a springboard for their future civic engagement and issue advocacy work. As we all move beyond the 2020 cycle, they will continue to give WAVE Action Leaders the tools to stay engaged in their effort to ensure that gun violence prevention is a priority in local, state, and federal budgets and policy decisions. Milwaukee is experiencing the highest homicide rate we have seen in 30 years. The need for concrete action is evident.

Gun violence has impacted many of WAVE’s Action Leaders. Debra, one of their staff organizers, reached out to her network of survivors who have lost family members to gun violence. The WAVE Action Leaders she recruited are enthusiastic about talking to friends and family about the importance of voting to push for action on gun violence prevention. Having this solid base of WAVE Action Leaders, who have been deeply impacted by gun violence, will help push newly elected officials to act swiftly. Thus the Relational organizing continues on!

We are so excited by what WAVE was able to accomplish throughout the 2020 cycle and can’t wait to see what they do moving forward.

Learn more about them at waveedfund.org.