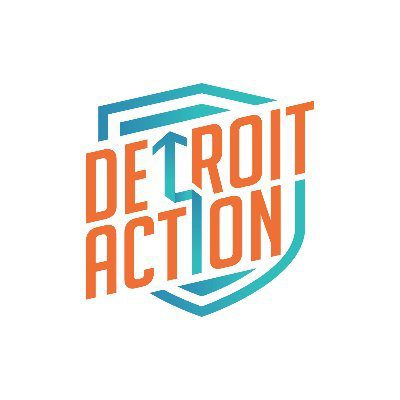 ← Previous Next →
All Case Studies
Detroit Action is a union of Black and Brown, low and no-income, homeless and housing insecure Detroiters fighting for housing and economic justice. Their organization is a grassroots and member-led, multigenerational, community-based organization fighting for real political power.

They provide opportunities for individuals and families to develop as full human beings through their leadership development workshops, organizer internships, nonpartisan voter education and mobilization drives, direct action, and collaboration with allied organizations locally, statewide, nationally, and even internationally.

This past cycle they implemented a Relational Organizing program that made a huge impact in their community.

By Election Day last November, their volunteers had already reached 72,871 voters directly through text and completed 31,701 phone calls to help make sure voters made it to the polls.

By mid-day, the elections department showed that over 20,000 more voters had cast ballots in Detroit than had during the 2016 election.

In order to help move their community to the polls, Detroit Action’s Summer and Fall Election Civic Engagement Program successfully built a base of over 36,000 voters the organization could continue to inform, organize and mobilize for local, state and national issues.

Their Relational Organizing engaged initially 20 Precinct Captains, which were then integrated into their volunteer program. These volunteers populated a loss of over 7,000 contacts.

Along with running a vibrant RO program, they also implemented traditional organizing tools. Throughout the cycle they built a team of highly trained outreach canvassers, made up almost entirely of Black and Brown Metro Detroiters, that completed over 1,112 hours of phone calling from mid-August to Election Day.

● Between August and Election Day, Detroit Action made over 979,000 calls, contacting 86,845 community members to move the vote and successfully completed 20,792 conversations with voters.

● They ran three social media campaigns during the election cycle resulting in 5,366,656 impressions and 2,254 new supporters.

● During the 2020 election cycle, in partnership with Deliver Strategies, they led three mail programs, distributing 11 voter education mailings and reaching a total of 454,000 households .

● Through their Summer and Fall Civic Engagement Programs, Detroit Action built a base of over 36,000 voters with clean email addresses and cell phones to follow up with.

They know that the work is not over – they are now shifting their focus to protecting the vote and ensuring the results in the electoral college reflect the will of the people. Their top priorities are:

3. Advancing local, state and national solutions to support the communities they serve

Learn more about them at detroitaction.org.