CASA In Action Moves The Needle With Relational Organizing 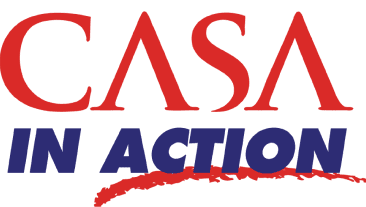 CASA in Action consists of 100,000 members mobilizing millions of voters to elect progressive leaders supporting immigrants and communities of color.

While 2020 presented ample challenges, it didn’t alleviate any of the need for organizations like CASA. If anything, it further exacerbated them.

For the 2020 general election, they built on the skeleton of “promotores” established during their census program. Their promotores were a combination of member leaders and paid canvassers (called promotores), most of whom were also active CASA member leaders, divided into geographic regions. They used a combination of election related calls to action (voter registration, vote by mail, etc) mixed with issue based calls to action (cancel the rent, puerto rico, etc) to help promoters grow and continually activate their lists. They further encouraged them to contact people on their lists by phone for the initial call to action, which took longer but had a very high engagement rate and set the stage for future high levels of engagement. They  urged promotores to expand their lists by delving into the FB messenger contacts, as these were frequently unique contacts from those saved in their phones to contact via text or phone.

This simple yet effective path helped them mobilize tens of thousands of contacts, and ultimately millions of voters, throughout the 2020 election cycle, greatly moving the needle within the communities they serve.

CASA in Action mobilized 1.2 million voters just in Pennsylvania and Virginia. In every county where CASA in Action was working, the vote amongst the populations they served shifted by a larger margin than the state average.

Utilizing their deep community connections and expertise at reaching immigrant, Latino, and working class voters, CASA in Action designed special treatments to target, persuade, and mobilize their voters. Those efforts paid off in our much higher contact rates across all modalities for these voters. In Virginia, Black voters constituted 69% of our voters engaged, and in Pennsylvania, Black and Latino voters represented 48% of voters engaged

Knowing the absolutely critical power of the Puerto Rican vote this election cycle, CASA in Action took specific care to target these voters. They knew that tens of thousands of Puerto Ricans came to Pennsylvania following Hurricane Maria in 2018, and while the majority settled in Philadelphia, CASA in Action’s turf in more rural South Central PA was home to the second largest share of new Puerto Rican arrivals to the state. By far their most successful digital ads were those targeting Puerto Ricans.

Despite their impressive victories this past cycle, their work is just getting started. In the words of their new (and first!) Executive Director, Alonzo Washington:

“We’ve won, but our work is not over by a long shot. Across our communities and across our country, immigrant, Latino, and working class families are struggling to put their lives back together in the wake of a global pandemic, four years of racist abuse from the highest echelons of government, and the ongoing economic crisis. We must now turn these electoral victories into permanent policy solutions for our communities, and never stop demanding justice, regardless of the administration in the White House. This work will not be easy but for our members, this is the fight of their lives, and we honor their struggle by never, never, never giving up. The fight continues, and we’re so grateful to stand shoulder to shoulder with you as we rise to the challenge.”

We at Empower Project couldn’t be more excited to see where they go from here.