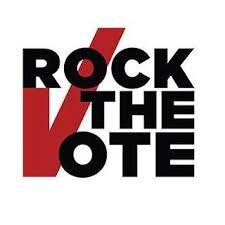 Rock the Vote works to engage and build the political power of young people. Full stop.

This past cycle, they implemented a Relational Organizing program. They had huge plans before the pandemic started, and while they had to change their approach, they still made a huge impact on the 2020 cycle, using traditional and Relational Organizing tactics to target, engage and empower their audience.

Despite the challenges associated with the pandemic, Rock The Vote used numerous big and smaller events and programs to keep their work going.

In the spring, they started planning Democracy Summer as a vehicle to rebuild momentum by engaging youth and recruiting volunteers. Democracy Summer was a coalition youth mobilization and organizing initiative. More than 30 diverse organizations participated such as Voto Latino, When We All Vote, National Coalition on Black Civic Participation, National Action Network, Disability Rights Network, and the National Congress of American Indians. They launched the initiative with a star-studded virtual event viewed by more than 1.5 million people (!!!).

They also produced two virtual events marking the 30th anniversary of the Americans with Disabilities Act (ADA) and the 100th anniversary of the 19th Amendment. When participants RSVP’d to these events, Rock the Vote included an option for them to become part of a “leadership team” of volunteers. Hundreds of people opted in, thus becoming integral parts of their RO program.

Along with their large, star-studded events, they also hosted a series of webinars designed to address the challenges experienced by young people because of the pandemic and police violence.

The series included four webinars with influencers and experts on topics requested by students. Throughout the series, they covered:

In the month leading up to the election, Rock the Vote introduced open weekly trainings and Empower Parties. These fun GOTV friend phone and text banks made Relational Organizing accessible to new volunteers. During these events, participants encouraged friends and family to vote, and in turn, get their family and friends to vote and so on. Their most successful virtual event stemmed from a partnership with Historically Black Colleges and Universities that resulted in nearly 700 friend-to-friend conversations.

To keep these events fun, Rock the Vote lined up celebrities and influencers such as Questlove, Logan Browning, Rotimi, Billy Porter, Bobby Seale, Reginae Carter, and Dan Campbell to uplift the importance of volunteering and voting. They tested a variety of formats where they streamed concerts, films, and energetic playlists and performances to keep volunteers motivated, along with themed events such as Halloween. Themed events proceed to be popular and immensely successful.

2020 was hard for everyone. But organizations like Rock The Vote showed that they are leaders in the community, no matter what’s going on in the world. We’re so proud to have partnered with them throughout this past cycle, playing our part in helping them do the great work that they do.

We look forward to seeing what the future holds for them, pandemic on not!

Learn more about Rock The Vote at rockthevote.org.