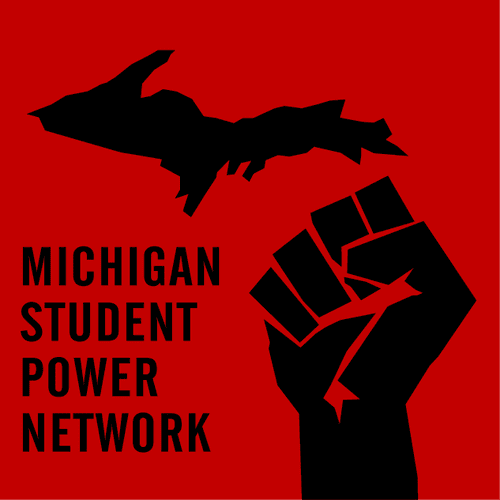 At Organizing Empowerment, we love big numbers as much as the next org. But we also know that big numbers don’t always mean much when it comes to moving the needle.

If we stand on a street corner with a bullhorn and scream, lots of people will hear us. But we aren’t doing our cause much good.

Far better to put down the bullhorn and have actual conversations with real people. You will reach fewer people, but you will have a far deeper impact.

Michigan Student Power builds power by connecting student struggles across campuses, issues, and identities. In the process, they share skills and have built a statewide movement capable of effecting progressive change. They use a variety of tactics and strategies to create change in Michigan and on their campuses, including direct member education, voter engagement, issue-based campaign organizing, and direct action. They have always centered their work on Relational Organizing. But this cycle, they took things to another level.

Using RO, they were able to increase their interaction rate significantly. But more importantly than their contact rate, they used Relational not as the goal, but as a vehicle for having substantive conversations with the people in their lives.

And in the process, they changed their community.

Don’t take it from us. Their fellows saw real successes in real time:

“I have had two of my leaders from my last vote party get two people to grace period register to vote!”

“I accidentally made my vote party public on Facebook so a bunch of random people showed up and we stayed on the call for 2 hours afterwards, this scary 41 yr old poet i know was talking to my childhood best friend about nonprofits it was cool and probs never would have happened otherwise.”

Put shorter: they ran a heckuva Relational program throughout the 2020 cycle!

That’s the good news. The better news: they already have big plans for 2021.

This year, they plan to incorporate Relational Organizing into their fellowship training program and to use it in their 2021 campaigns. If you’re a college/university student in the state of Michigan, apply to be part of their fellowship program today! (Deadline for applications is March 1st, 2021).

Learn more about them at studentpower.us/michigan and connect with them on Instagram.