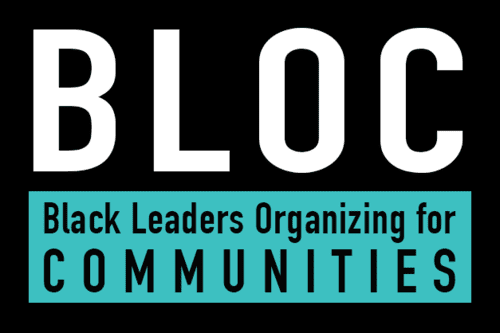 Black Leaders Organizing for Communities, or BLOC, describe themselves as “uniters, working to lift up the Black citizens, leaders, and businesses of our community. We are transparent in our work to ensure the community we advocate for can hold us accountable.”

Their commitment and transparency paid off big time throughout the 2020 cycle as they used Relational Organizing, along with old school and digital organizing, as they set out on their mission to engage, empower and ultimately organize Milwaukee, and the greater Wisconsin community.

This past cycle, BLOC continued to utilize Relational Organizing as a way to reach more people that are both traditionally in their universe, as well as those who aren’t.

Relational Organizing helped them grow their ranks by bringing people into the fold through stories, values and ultimately it served as a way of breaking down the very concept of why they do what they do.

They launched both a Civic and Electoral Ambassador program, as well as a Fellowship program this past cycle and saw massive dividends from their community investment.

These programs helped them empower members of their community to help them take ownership of the program. This ownership then informed their approach to the work. It’s a symbiotic partnership — they supported their community, who supported them right back and the circle simply continued, strengthening over time.

This partnership allowed them to pivot when we got hit with… you know… 2020. So many organizations based on organizing Block By Block would have thrown in the towel in the face of the pandemic. Not BLOC! They looked to their community and found ways to grow, even as so many were struggling.

They proved to themselves, and all of us in the progressive community, what’s possible when you empower your neighbors to strengthen their community, one block at a time.

2020 is hardly in the rearview and they are already looking ahead. Moving into 2021, they plan to maintain their structure because they know all too well that to succeed, things have to be built solidly and never rushed.

“We at BLOC recognized the need to center Black, Indigenous, and people of color in this work, and were able to build a popular front of organizations and grassroots organizers to get the job done.”

Phase 1 was building the structures and systems to lay the foundation for our success. This entailed recruiting orgs to not only participate in their coalition, but mapping out the political landscape of Wisconsin to see what could be exploited in the case of a contested election.

They brought together communications, mobilization, labor, political, and core committees to steer the necessary work amongst the various channels that needed to be prepared. Their effort was all-encompassing, from composing messaging toolkits for electeds to be able to stay on message, to planning demonstrations to exhibit the people power behind the movement to count every vote.

Phase two was crucial in their execution. It began with what they referred to as ‘Election Season’ as opposed to Election Day due to the unique circumstance of voting amidst a pandemic.

Once early voting began, they pulled together many moving parts to begin to widely spread their message of counting every vote, inoculating everyday people against the notion that results would be forthcoming on November 3rd, and pulling together various poll protection efforts to ensure we had a cohesive comprehensive network of election defenders to safeguard against any possible disenfranchisement.

They were widely successful throughout this phase, aligning themselves as a coalition, but also amongst local elected officials on the necessities of  safeguarding this election from the doubts that were being sown around it.

As they move forward with this amazing coalition that BLOC has been running with, they are pivoting to push the narrative and organize around how Wisconsinites’ lives can be improved moving into the future.

Looking forward they are already figuring out how to mobilize around the fight for fair maps, and an equitable and fair state budget, issues that reinforce the need to center marginalized communities, continuing in the same vein that spurred BLOC’s creation and continued mission.

The work around post-election planning these past few months has served to make Wisconsin a more energetic, motivated, and cohesive community of orgs around the state to fight for what matters and to do it in concert as a team, rather than separately.

They were also just named the Best Place to Work for Social Justice by the Shepherd Express.

And they’ve only just finished their 3rd year as an organization! They started as just 4 organizers and have grown so much from there. We can’t wait to see where they go from here!!

Learn more about them at www.blocbybloc.org.